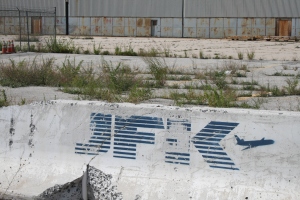 I really like riding my bike in places where you’re not supposed to ride a bike. So last week, when I needed to pick up a rental car at JFK airport, I decided to bike there (JFK is about 13 miles from my apartment in Brooklyn). The cycle trip was so interesting, I decided to return the car the same way, but this time I brought a camera.

So today I made JFK airport my destination. In particular, the areas that most people don’t see. Abandoned hangars, empty outbuildings and crumbling warehouses. And of course, the most famous of JFK’s abandoned structures, the Eero Saarinen TWA terminal. It happened to be a gorgeous day, too. (In retrospect, the day before the 11th anniversary of 9/11 probably wasn’t the smartest time to be creeping around an airport taking pictures of stuff, but no one stopped me.)

I love the old American Airlines typography — the way the letters slant, and all the space between the letters. I wish they would resurrect it.

To get closer to this old hangar, I had to sneak into a a parking area. It wasn’t hard: the guard was asleep in his booth.

More old hangars. You can see the active airport at the far right, where you see the Delta tail fin.

Another great example of aviation typography. I like how the TV aerial mimics the shape of a plane. 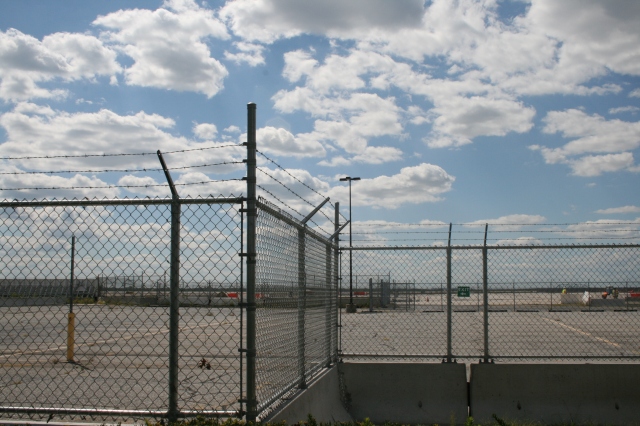 A symphony of fencing…

This old building is full of floor-to-ceiling file boxes. I was dying to know what was in them, but nothing was labeled on the outside. 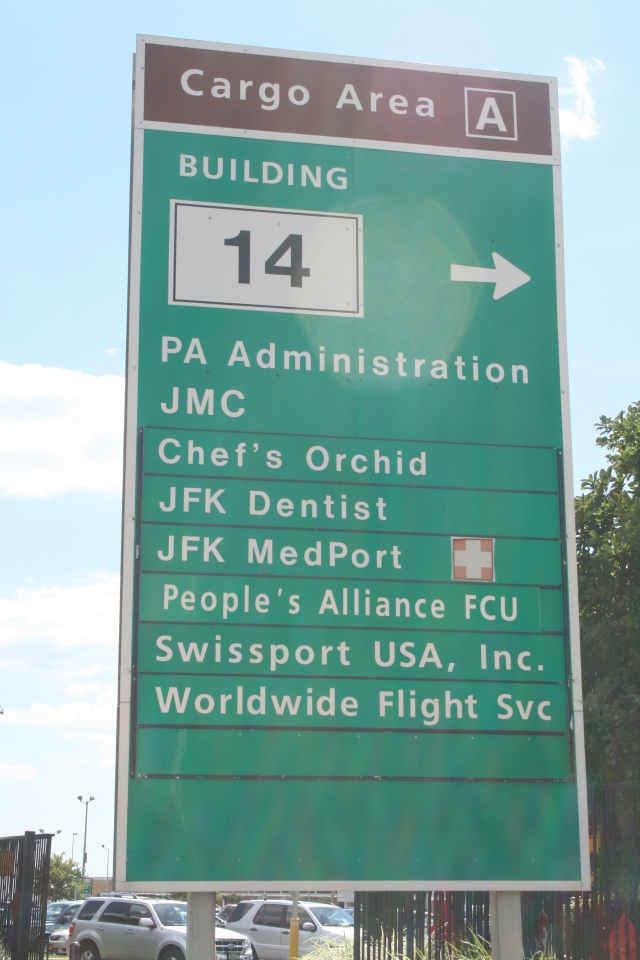 Okay, if anyone knows what a “Chef’s Orchid” is, please let me know. And there’s a JFK dentist, and a credit union on site. Actually, there are a bunch of banks out there. Not sure why. 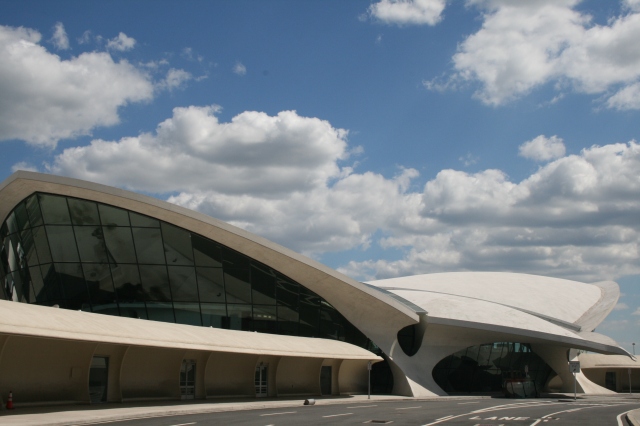 The most famous of JFK’s abandoned buildings, the Eero Saarinen TWA terminal, which went into service in 1963. It’s been used in hundreds of movies and TV shows. Jet Blue briefly tried using is as an active terminal, but it’s just too small. The building was meant to echo the shape of a bird, and you can really see it here; it looks like a bird of prey. Back then, JFK was called Idlewild airport, named after the golf course it replaced.

Detail from the Saarinen building. The lines are just beautiful.

You can’t go into the terminal. There’s one guy sitting at a desk with a TV — probably the most boring security job ever. He gave me a little wave. The interior is all tile — floor, structures, stairs. If you’ve seen the Sydney opera house up close, it’s just like that. I’m imaging the great party I could have here…

This entry was posted in Travel and tagged Eero Saarinen, JFK, NYC. Bookmark the permalink.

14 Responses to Abandoned JFK: Neat photos of hangars and stuff